Hi Everyone! Thank you all for voting for me in the past few contests I have done (I love contests, if you did not notice) However, the contest I ask you to help vote for, is more exciting than the res, because it was more of a competition, than a contest (Talent vs. Chance). My friend Bailey and I created a video of using math in the real world, for a contest sponsored by Dartmouth College, and we endded up in the top ten finalists. It all comes down to your help, and we have some hefty competition. So, vote by following these directions

You can vote once every 24 hours, but any amount of votes helps. Thanks a million everyone, I have such amazing friends and relatives who support me in things like that, and I am forever grateful.
Posted by Maddy at 9:43 PM No comments: 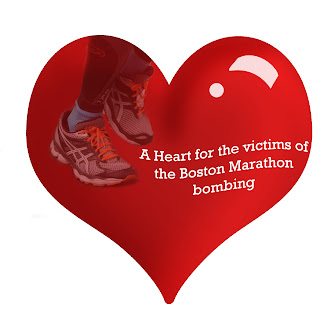 Didn't win the competition, better luck next time :)
Posted by Maddy at 10:46 AM No comments:

Allright, I warn you now that I absolutely adore contests. They make me look forward with excitement and joy, and I love winning too. So of course, I have entered several contests, and won several of them too. In 5th grade I entered a childrens inventing contest, and out of over 2,000 people, I got in the top 5 finalists (I consider that winning). In 5th grade I won the all school talent show. In 6th grade I won the class science fair, and in 7th grade I also won the class science fair. In 8th grade I won an award in the county youth art show. Recently I won the contest by "The Animated Woman" (please check out her glorious blog, for the sake of your happiness).

Obviously, I love contests, and am pretty darn lucky when it comes to winning. I do however know not to get my hopes up for winning, and I enjoy the thrill of waiting to hear who wins, just as much as winning. What I am trying to get at, is that I know my chances of winning are slim in some contests, but that does not make them worth not entering.

Ok, so here is the deal, I am currently trying to win a contest, and I need your help to win. You are also welcome to enter, if you have not yet. You need to be 18 to enter, and I am 17, but my mom helped me out, and let me enter my idea under her name, so technically she would win, but she would give me the prize of $2,000!

Do I have a plan for the prize money? Why yes, I do. I need $400 to cover the fee of the event center I am renting, to host a charity ball in December. The rest of the money, will go toward college, or possible my trip to Nepal, or buying a car, I might just put it in savings.

So help me out, share the link with your friends, I have less than one week to get lots of votes. My chances are slim, but that really means nothing.

You do not need an account or anything to vote, you just nedd to click the button. Thanks
Please enter if you love contests like I do, enjoy it too.

http://www.freecreditscore.com/contest/?textId=2070
(you need to wait a few seconds for the box to pop up to vote)

Thank you so much, although my viewers are few, I love every one of you! (yes even the people who come here to spam, and advertise your products)
Posted by Maddy at 10:25 PM No comments:

Hey everyone, sorry about the last post, it was greedy and innapropriate. Anyway, I wanted to write this post just to cath you all up on what I am up to.

As you may have gathered, I went to the sundance film festival about a month ago. It was in every way delightful, but additionally nerve-racking. Several moments, I was afraid I would walk into a place where I was not allowed. I want to post a few films that I recommend you see when they are available:
Touchy Feely
The Rambler
Toy's House
When I Walk
Wajma

Those are four films that really stood out to me. I saw a total of 11 films,  including 2 shorts programs. If you enjoy independt film, are interested in a career in film, or just want to experience the incredible experience, head to Park City for Sundance sometime.

I have also been writing lots of essays for school, fun stuff I tell ya. My high school does not give grades, and determines our pass or fail by how well our evaluation (essay) of the class, reflects our personal, social, and intelectual learning in the class.
I am currently working on writing a story in spanish, which is due yesterday, and our teacher told us she would shame us and hate us if we failed to turn it in. She said it in a joking matter, yet we all knew she was telling the truth. I am terrified for seeing her tomorrow.


Aside from school, I am working on raising money fpr me to go on a trip to Nepal this summer. I have primerily been having fun entering contests online, but I will be planning on getting a job soon.

In addition to that fundraising, I am trying to to raise $400 for a charity event I will be funding. (I will put more information about this into my next post)

Lastly, I am enjoying the snowy weekend, annd making clay sculprtures with my time.

I am sorry I have not been posting, I have been buisy with other stuffs. Anyway, In January (yes I am talking way back in January) I went to the Sundance film festival in Park City, Utah. I went with my film class, but was able to go wherever I wanted whenever I wanted. Yes, my school is unique in the way that I rarely saw teachers on this trip, and was allowed to go to whatever film I wanted to attend. It was a fun trip that I hope to attend next year.

Apart from that, I saw this one film at Sundance that really stood out to me. I am writing my evaluation for the trip (essay on what I learned and experienced on the trip) and started to write a review of this amazing film. The film is called "Touchy Feely", and I would like to share the review with you all. I am no professional in reviewing films, so keep in mind that while reading. It is cut out of my full evaluation, so it starts with the word "Speaking of" Just  ignore that. If you want my true oppinion, skip to the bottom two paragraphs.


I should have underlined the movie title, sorry about that

I have deleted to many blogs, and as I went through this one, to save some of my personal posts for future reflection, I felt pained to press the little delete button in the corner. Maybe I should get over my shit (yes relatives, this is my blog and in blogs, it is ok to cuss) and just keep me freakin blog. Im torn. For now it stays up, I have never shared my blog on facebook for the reason that I don't want my friends or people I know in general to know about my blog. Sorry, I am just intimidated for you. I live in a very judging generation, you can't blame me.

Thanks for the understanding.

Maddy
I am a teenage girl who loves life and has big plans for her future! I am glad you are at my blog, please comment